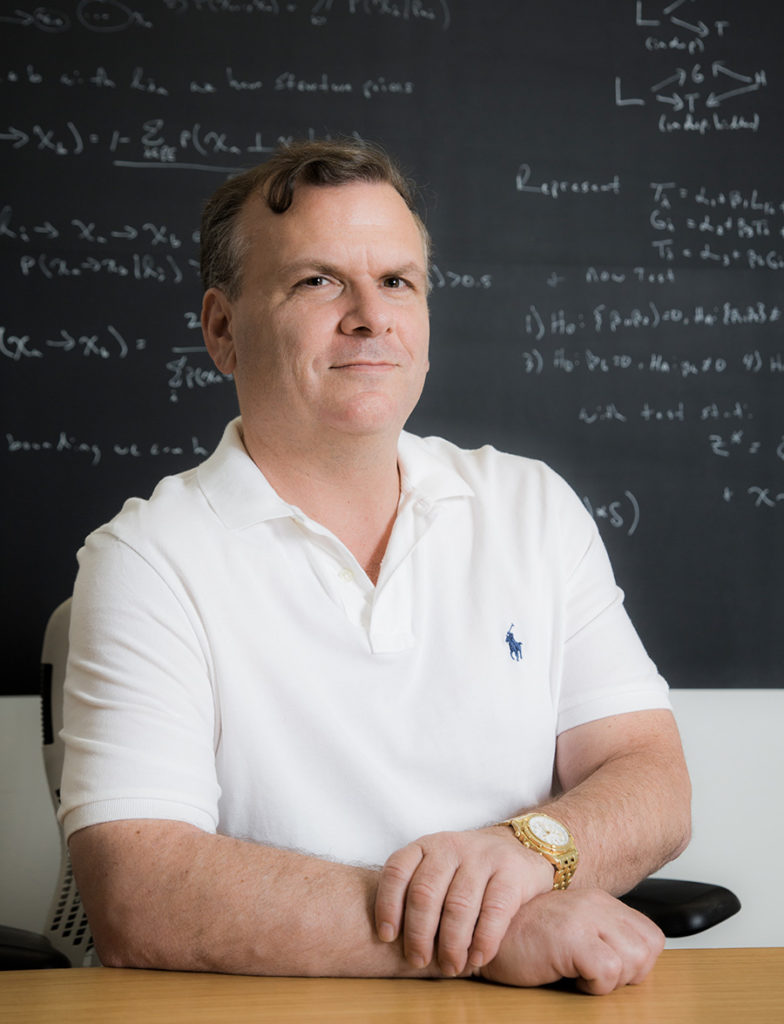 Board Member and Founder & CEO

The book that most influenced me is “An Introduction to Probability Theory and its Applications” by William Feller…helping me rewire my brain for statistical uncertainty instead of storytelling.”

Eric Schadt, Ph.D., is founder and CEO of Sema4 and has served on Sema4’s Board of Directors since June 2017.

Sema4 is a patient-centered health intelligence company built on the idea that more information, deeper analysis, and increased, longitudinal engagement of patients will improve the diagnosis, treatment, and prevention of disease. Under Eric’s leadership, Sema4 is using advanced network analysis to build better models of human health and deliver personalized insights for patients, starting with women’s health and precision oncology.

Eric has overseen substantial growth at Sema4 since the company was spun out of the Mount Sinai Health System in 2017. Sema4 has more than tripled its number of employees to approximately 1,000 and has delivered sophisticated genomic solutions to hundreds of thousands of patients every year.

Eric also currently serves as the Dean for Precision Medicine and Mount Sinai Professor in Predictive Health and Computational Biology at the Icahn School of Medicine at Mount Sinai. He was previously Founding Director of the Icahn Institute for Genomics and Multiscale Biology, and Professor and Chair of the Department of Genetics and Genomic Sciences.

Eric is an expert on constructing predictive models of disease that link molecular biology to physiology to enable clinical medicine. Over the past 20 years, he has built groups and companies (Merck, Rosetta, Sage Bionetworks, Pacific Biosciences, Icahn Institute, and now Sema4) to elucidate the complexity of human diseases. He has published more than 400 peer-reviewed papers in leading scientific journals and contributed to discoveries relating to the genetic basis of common human diseases such as diabetes, obesity, and Alzheimer’s disease.

In addition to Sema4, Eric currently serves as a member of the Board of Directors for Sage Bionetworks and 4 You and Me. He also currently serves on numerous scientific advisory boards, including Berg Pharmaceuticals, Pendulum, and Elysium Health.

Eric has received numerous accolades, such as the Merck Presidential Fellowship Award, Spirit of Rustum Roy Award, the Thomson Reuters World’s Most Influential Scientific Minds Award, and a Cine Master Series Award for a documentary film, The New Biology, which he directed and produced. He has also spoken at many events including TEDMED, the independent health and medicine edition of the world-famous TED conference. Eric earned his Ph.D. from the University of California, Los Angeles, his M.A. from the University of California, Davis, and his B.S. from California Polytechnic State University-San Luis Obispo.

A couple of projects come to mind. I was recruited by a Harvard investigator to help resolve the origins of the cholera outbreak in Haiti in 2010. A week after receiving samples, our team submitted a paper to the New England Journal of Medicine, which was published the following week. I also worked with Deepak Chopra to study the role of meditation in reducing the risk of disease and treating disease by molecularly profiling participants in a randomized meditation trial, which was really fascinating.

“An Introduction to Probability Theory and its Applications” by William Feller. Studying this content for a couple of years, which some consider the bible of probability theory, helped rewire my brain for statistical uncertainty instead of storytelling.

I met my wife in a very unconventional way. She attempted to prank call me while an undergraduate student at a university in California and then stayed on the line. We discovered we were both from the same part of Michigan, and the rest is history…

I’m always feeling the need for speed! I love carving mountain roads on my 200HP BMW S1000RR motorcycle, racing down the big mountains on my snowboard, launching highly capable cars out of tight turns (my favorite is a Porsche 911 Turbo S), and landing airplanes in 30 knots variable crosswinds, activities that all demand extreme focus to ensure survival.