Expanded carrier screening provides maximal carrier identification for individuals of all Jewish backgrounds, according to a recent study, by researchers from Sema4 and the Icahn School of Medicine at Mount Sinai. Our results, published in Molecular Genetics & Genomic Medicine, showed that the majority of variants detected using an expanded panel would be missed by following subgroup-specific guidelines. 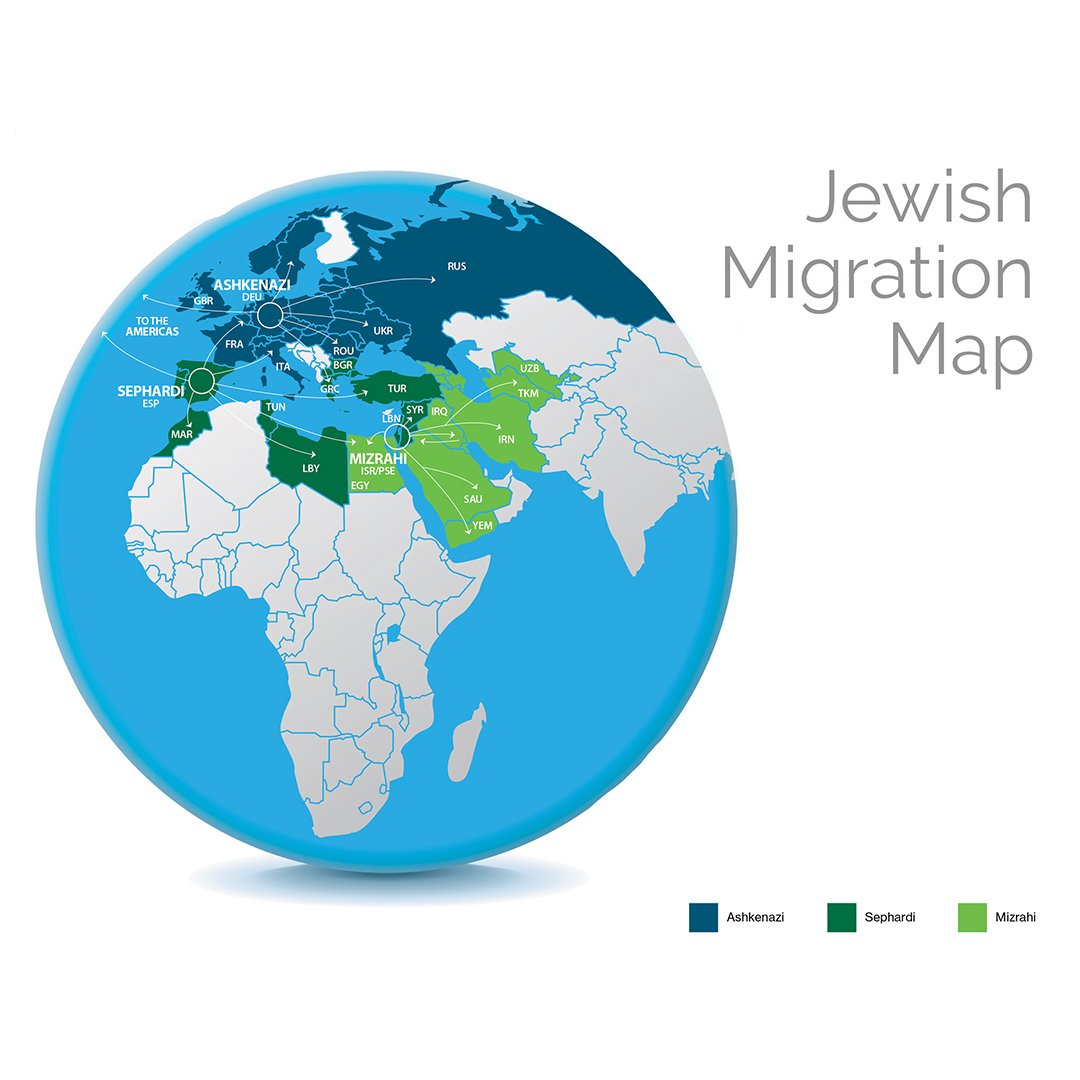 Some genetic diseases are more common in individuals of Jewish ancestry than in the general population. There are also differences in disease frequency between Jewish subgroups. These disparities have led to subgroup-specific recommendations for what should be tested and the labeling of conditions as Ashkenazi Jewish (AJ)- or Sephardi/Mizrahi Jewish (SMJ)-specific.

Sema4’s core mission is to improve health outcomes through increased data and information. The study’s authors, headed by our Chief Diagnostics Officer, Dr. Lisa Edelmann, therefore questioned whether a subgroup-specific approach is an optimal way to detect carriers, or whether a broader approach is better. To answer this question, we set out to design a next-generation sequencing (NGS)-based targeted panel that included not only AJ and SMJ diseases but also pan-Jewish and pan-ethnic conditions.

Before we could design the panel, however, we needed to identify the core group of SMJ diseases, as there has been less research on and acceptance of carrier screening in this population than in the AJ subgroup. We selected 40 genes with disease-causing variants in SMJ individuals. The research team then reached out to SMJ community leaders who provided venues for educational talks and sample collection, resulting in the screening of more than 900 SMJ individuals. Around 1,500 AJ samples were also tested using the SMJ panel, revealing that some variants were present in both populations.

Once the SMJ disease set had been characterized, we finalized the 96-gene NGS panel. Traditionally, Jewish screening panels have focused on known disease-causing founder variants, detected through targeted genotyping. By using NGS, we removed biases over which variants to include. To increase the detection rate, we also employed ancillary testing, including gene dosage analysis for spinal muscular atrophy (SMA) – a technique we developed and incorporated into our Sema4 Expanded Carrier Screen.

The importance of expanded screening

Nearly 7,000 individuals of self-reported Jewish ancestry were screened for the 96 genes, the majority as part of the larger 281* gene Sema4 Expanded Carrier Screen. Around two-thirds (64.6%) of individuals were a carrier for at least one of the 96 genes, and 27% were carriers for multiple diseases. One in 16 couples were carrier couples for one or more conditions. These high carrier frequencies supported the use of expanded panels in place of subgroup-specific screening. This support was strengthened further when we looked at the variants themselves.

“The most startling finding was how many self-identified SMJ individuals carried AJ variants, and vice-versa,” said the lead author of the study, Dr. Ashley Birch, a Director in Sema4’s Reproductive Genetics division and Assistant Professor in the Department of Genetics and Genomic Sciences at the Icahn School of Medicine at Mount Sinai. Nearly a third of the variants reported for SMJs were in “AJ” genes, and over 10% of the variants in AJs were in “SMJ” genes.

“Over 80% of the variants that were reported would have been missed by just following recommended AJ guidelines,” said Dr. Edelmann, Sema4’s Chief Diagnostics Officer who also serves as an Associate Professor in the Department of Genetics and Genomic Sciences at the Icahn School of Medicine at Mount Sinai. “Self-reported ancestry is often inaccurate. Some people aren’t necessarily aware of the full extent of their Jewish heritage, and may have other Jewish subgroups in their ancestry.”

Following the study, we now have a more accurate view of the range of variants and their carrier frequencies across different Jewish sub-populations. Around one in 40 individuals carried a novel, likely disease-causing variant. Several of these variants were at increased frequency in AJ individuals, and could potentially be novel AJ (or pan-Jewish) founder mutations. These previously unseen variants would not be detected using standard genotyping-based panels.

With one of the most comprehensive and accurate expanded carrier screens available, we are committed to helping patients make informed family planning decisions for a healthier future. Building further on Sema4’s gold standard Expanded Carrier Screen, we will soon launch Sema4 Expanded Carrier Screen with Personalized Residual Risk. This advanced carrier screening will offer analysis of up to 502 genes and utilizes proprietary technology to identify a patient’s molecular ancestry on a genome-wide level for tailored, personalized residual risk. Such information removes the uncertainty of self-reported ethnic identification and is critical for providers to know to better understand a patient’s chance for passing on an inherited disease.

Head over to our Sema4 Expanded Carrier Screen page to learn more.

You can also use the form below to connect directly with our Women’s Health team.